Under the shadows of cranes along the High Line, the fifth- and sixth-grade students arrived at Avenues this fall ready to work on an ambitious construction project of their own. Just as new developments are rising along 10th Avenue, so too are balsa wood structures in Mr. Cleaver’s, Ms. Jones’ and Ms. Rosenberger’s science classrooms.

The first team challenge of the year asked students to consider how they could use the design thinking process to design and build a structure composed of one-eighth-inch-thick balsa wood sticks and hot glue. Each design had to be constructed within the limited dimensions of a plastic bin while also capable of supporting the weight of 50 milliliters of water in a plastic cup placed on the top of the structure. 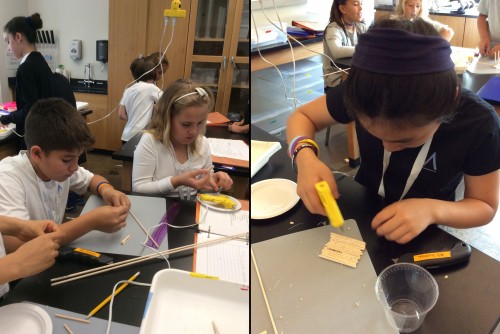 In order to immerse themselves in the creative process, students had the opportunity to work together as both designers and builders. The designers were responsible for writing and drawing instructions for a team of builders who would then attempt to replicate the designers’ plans. The designers watched and took notes in silence as they observed how the builders interpreted their design and began constructing in earnest. Meanwhile, the builders did their best to faithfully follow the instructions and stick to the given design, despite some uncertainty about the process or even doubts about the structure’s integrity. Participating in both of these roles allowed students to develop a sense of empathy for one another since half of the success of the final product depended on another team. Because of this, students came away knowing what it was like to be on both ends of the construction process. 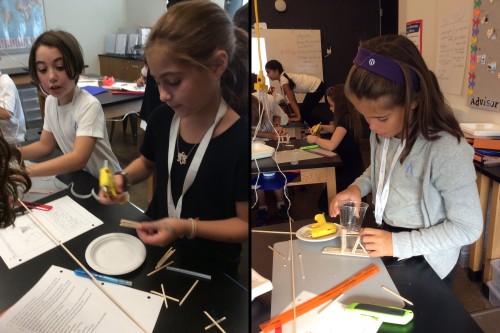 After two days of careful planning and construction, the structures were finally ready to be put to the test. The majority of the structures proved successful, and those that were not successful were every bit as informative to the class. When testing outcomes resulted in water spilling from the cup or the structure breaking or otherwise falling apart, valuable lessons were learned about stability, balance, the center of gravity and forces acting on an object. By having the courage to make mistakes within a safe learning environment, students were able to reflect upon their designs and devise ways to improve future structures. 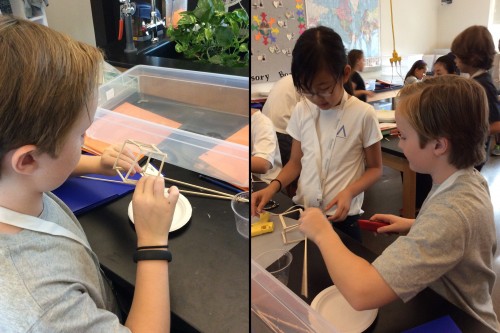 After a successful first challenge, students are already preparing for the next one. The fifth and sixth graders visited four floors of the Avenues building looking for specific structural shapes they might incorporate into their next project: a balsa wood bridge capable of supporting additional weight as it spans a broad gap. Meanwhile, just outside the window, the cranes in Chelsea continue to raise new buildings throughout the neighborhood as our young designers look up in awe, already feeling the first inspirations for their next venture. 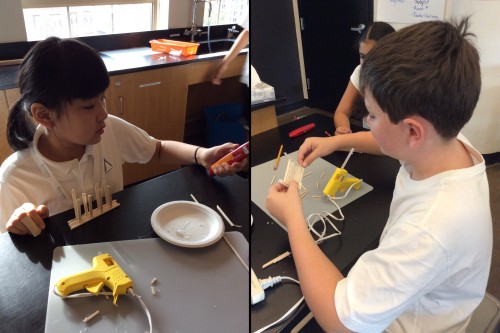 Avenues: The World School is one school with many campuses, providing transformative, world-focused learning experiences to students around the globe.

The best way to get to know Avenues is by walking through the doors of our campus. We warmly invite you to sign up for an event.

Avenues New York is the first campus of Avenues: The World School. We're honored that you are considering Avenues.